The 25th World Routes Development Forum was held in Adelaide, Australia, from September 21-24, 2019. Andrew van der Feltz, our Senior Director of Business Development for EMEA, spoke on the role online travel agencies play in route development – from reducing airport leakage and engaging swing travelers to increasing stopover traffic. Below are some of the insights he shared. Travelers make billions of annual flight searches across Expedia Group brands around the world. This amounts to more than 165 million flight searches per day. Not only that, but as of Q2 2019, Expedia Group sites have seen 10% year over year growth of demand for air tickets around the world. Given the large and growing amount of origins and destinations that we carry, the unique combination of flights that a traveler can book on our sites is staggering and almost unquantifiable. As an example, a simple round trip search of flights from Seattle to Atlanta yields over 19.7 quadrillion distinct round-trip itinerary possibilities! That’s 19 with 15 zeros.

How do we help airports and airlines take advantage of those more than 165 million flight searches per day? By looking at our data, we can help airlines and airports understand which routes travelers are considering. We can help you understand your annual leakage or growth and provide you visibility into how your competitors are trending. We can also produce reports on your market share, and whether travelers are using your airport or airline as part of a stopover.

The Swing Traveler: Who They Are and Why They Matter

A significant portion of travelers who book airfare through Expedia are known as “swing travelers.” Swing travelers are people who choose to fly through airports that are not necessarily the most geographically convenient, but which offer specific benefits such as more affordable fares, better dining options, or shorter check-in processes.

These types of travel shoppers are ideal for airports to target (especially when those airports have specific benefits to showcase) because these travelers don’t default to a specific airport simply based on distance. As a result, swing travelers are more likely to book through non-hub primary airports.

Because they are able to be persuaded—and comprise such a large portion of fares booked through Expedia—swing travers are extremely valuable to both airlines and airports. In fact, swing users traveling through small hub primary or non-hub primary airports purchase, on average, 7x more tickets than travelers loyal to their airport. Marketing directly to swing travelers can provide large gains for airports and airlines.

One airport that has been able to positively impact their revenue thanks to engaging swing travelers is Appleton International Airport (ATW). This small, nonprimary airport in Wisconsin, United States came to us after rebranding and adding new routes. They were looking to raise awareness of their routes and increase their volume of bookings of specific routes to southern cities in the United States.

By partnering with us, ATW was able to target travel searchers by their origin and destination, and effectively connect with the right audience at the right time. They strategically placed ads on multiple pages across select sites, targeting users in Appleton, Green Bay, Wausau-Rhinelander, and the Milwaukee metropolitan areas who were traveling to Las Vegas, Orlando, Tampa/St. Petersburg, or Phoenix.

As a result of this campaign, Appleton International Airport achieved a 40% YOY increase in demand for air tickets. The campaign also raised awareness of the airport as a viable and cost-effective alternative to other airports in the surrounding area. The click through rate on the marquee ad exceeded expectations by performing at two times above the benchmarked goal.

ATW’s Marketing Director, Patrick Tracey, shared his thoughts on the campaign: “Expedia Group brands have become a core component of our marketing program. The dramatic increase in airline sales was beyond our expectations and helped to drive our best year in history.”

The overall objective of this campaign was to drive more traffic into Toronto while raising awareness that Air Canada is not just a Canadian airline—but the airline of choice—helping American and British travelers reach their destination with an extended stay in Toronto.

We re-launched Tourism Toronto’s 2017 Stopover microsite in April of 2018 and developed Toronto Stopover 2.0, which just launched in September of this year. This new program (#TorontoStopover) includes video hero Imagery, an integrated content experience, and social ambassadors.

When positioning the stopover campaign, we focused on convenience but we also asserted Toronto as a natural connection point to the world: an intrinsic part of a long-haul trip. Using engaging visuals, the campaign demonstrated to travel shoppers that they would already flying over Canada on their way to their final destination anyway and it went on to explore the numerous benefits of a stopover at Toronto Pearson with Air Canada.

We also added a new element to the campaign: by stopping over, travelers would be adding a second destination to a vacation—with no additional airfare cost. We focused on the ease of transportation into the city and highlighted activities and accommodations. We inspired urgency by showing real tips from real people (both Torontonians and travelers alike).

Finally, airlines can also connect with travelers more effectively through our flight sponsored listings solution. By securing a more prominent placement in search listings, airlines can both increase their visibility and their demand

These are just several examples of strategic marketing partnerships we’ve developed to help connect airlines and airports with customers. Learn more about how we use our first party data, scale, and access to global travel shoppers to execute innovative, tailored marketing for Airline Marketing.

Andrew van der Feltz is a senior director of business development for the Europe, Middle East, Africa and Asia Pacific regions at Expedia Group Media Solutions. His team works closely with agencies, destination marketing organizations, hotel and airline partners on advertising opportunities and campaigns across the portfolio of Expedia Group brands. Prior to joining Expedia, Andy was the director of business development and operations at the Netherlands Board of Tourism & Conventions (NBTC) since April 2011. Prior to this, he also worked at NBTC in the London office as country manager for the UK and Ireland. He started his career at NBTC as marketing manager, after his role as an international marketing manager at VisitScotland. Andy studied Marketing and French in Scotland, continued his postdoc education at the Institute of Marketing in Edinburgh, and attended the Executive Educational Programme in General Management at the London Business School.

Co-Op Marketing is for Everyone 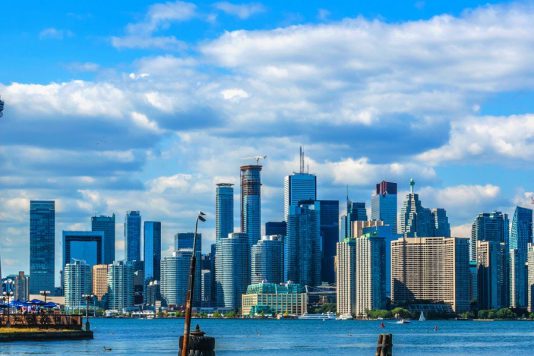 How Data and Personalization Drove Stopover Visits to Toronto